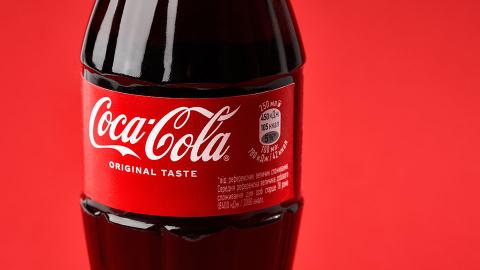 The MyCoke digital B2B platform is a mobile and web app that enables Coca-Cola sellers to place and manage orders online.

As The Coca-Cola Company’s new marketing model focuses on adding and retaining consumers through an ecosystem of experiences, it’s also strengthening its RGM capabilities and tapping into pricing intelligence to better navigate the shifting commerce landscape.

In an earnings call with investors, James Quincey, chairman and CEO, detailed some of the ways it's bolstering its revenue growth management capabilities to better operate in what he described as a dynamic consumer and retail landscape — including by leveraging pricing and promotional intelligence, as well as proactive mix management and premiumization.

For example, Coca-Cola is working with its bottling partners in India to focus on segmented pricing by raising prices on multi-serves and premium packs, while holding prices on the “transaction-driving” single-serve and affordable portfolio items. Affordability and premiumization initiatives in Europe, including incentivizing multi-packs and driving single-serve packages, such as cans and returnable glass bottles in food service, also resulted in strong transaction and volume growth.

In North America, its MyCoke digital B2B platform — a mobile and web app that enables Coca-Cola sellers to place and manage orders online — is also driving incremental revenue growth opportunities, strong outlet penetration, and high customer engagement, the company said. The system revenue generated from MyCoke increased 55% vs. the prior-year period, and Coca-Cola will continue integrating the platform across its customer base, as well as evolve its digital commerce capabilities and investments.

In looking to the second half of the year, Quincey pointed to the varying impact of inflation and consumer pull-back on purchases both across the globe and among channels, and noted there’s a “big, very atypical reprioritization of spend occurring by consumers.”

While away-from-home is “about as good as it’s ever been,” channels such as grocery and convenience in developed markets are seeing some pressure on consumers with less income, which is to be expected, he said.

As Coca-Cola navigates the new consumer landscape, the company remains bullish on the long-term impact of its revamped marketing structure, and it’s increased its consumer- and customer-facing marketing spending to create more brand value.

Quincey highlighted a new global Magic Weekends campaign — which engaged consumers through gaming and music and was executed in partnership with more than 20 foodservice aggregators — noting that it drove 3.5 times the redemption levels for Coca-Cola combo meals versus pre-campaign levels and fueled a 50% lift in outlets with Coca-Cola's Zero Sugar availability.

The launch of its end-to-end digital-first brand campaigns for Smartwater and Vitaminwater, meanwhile, featured “snackable” video content on social platforms for Smartwater with actress and singer Zendaya, while the launch of Vitaminwater Lil Nas X partnership on TikTok represented a new engagement approach to marketing that Quincey said is delivering strong results across channels.

“With new faces and new platforms for some of our $1 billion brands, we are creating excitement and recruiting a new generation of drinkers,” said Quincey.

Its Real Magic global brand platform also marches on with strong results, according to the company, which cited its Coke Studio campaign as its most recent example of success. Initially launched in Pakistan, Coke Studio marries music with the point of purchase, tapping into a collaboration of emerging and established artists in a studio session and tying in QR codes on product packaging.

The program is expanding globally and evolving into a digital-first, always-on music platform that spotlights breakthrough talent, the company said.