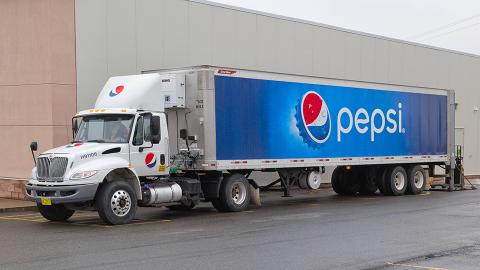 PepsiCo is leveraging its beverage distribution capabilities to grow its reach with a pair of new agreements and investments.

The company entered into a  long-term strategic distribution arrangement with Celsius, a global fitness energy drink, that initially transitions Celsius' current U.S. distribution to PepsiCo's. As part of this, PepsiCo will also invest $550 million in Celsius to drive growth.

The deal includes retail and food service channels in the United States, and PepsiCo will also become the preferred distribution partner globally for Celsius and nominate a director to serve on its board.

Kirk Tanner, CEO of PepsiCo Beverages North America, expects the combination of the Celsius brand momentum with PepsiCo's portfolio and go-to-market capabilities to result in benefits for both retailers and consumers.

For Celsius, the deal will provide the company with significant near-term additional shelf space in existing retailers and new expansion opportunities within independent retailers, said John Fieldly, Celsius president, chairman, and CEO. Fieldly noted that this latter channel represents a significant portion of the U.S. convenience and gas channel where approximately 70% of energy drinks are sold.

One day after announcing this investment, PepsiCo also entered into a strategic agreement with spring water Aqua Carpatica, resulting in it owning a 20% equity stake in the premium water company.

Under the agreement, PepsiCo will have rights to distribute the spring water in Romania and in Poland with opportunities to expand into other markets — including the United States.